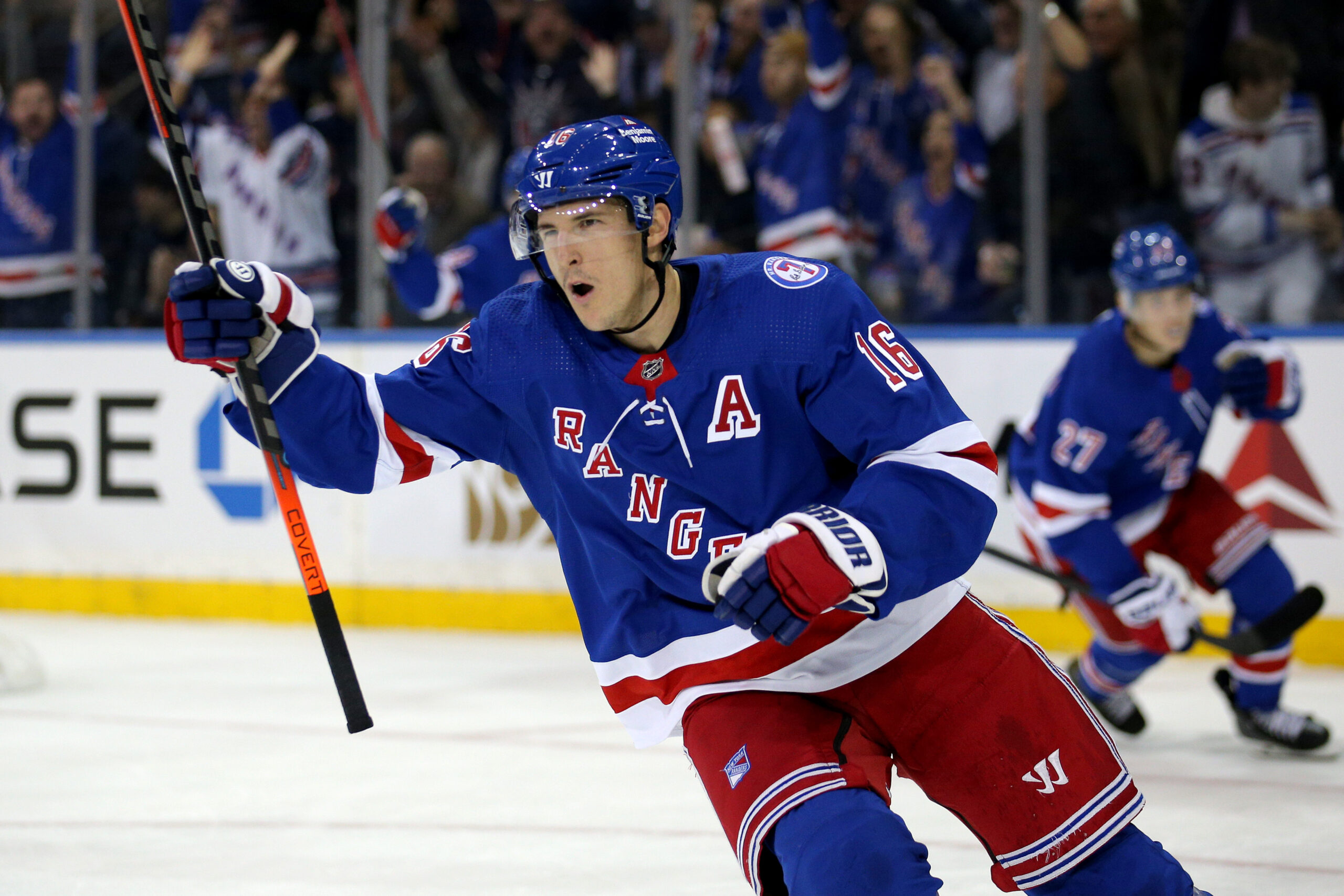 “I love being a Ranger, I think I fit in great here,” Ryan Strome said about his contract status. “Whatever happens, happens.”

This season, the 28 year-old is having another fine campaign. After a slow start and a bout with COVID, he has 10 points in 13 games. The underrated center continues to prove he’s a top six forward in the NHL after picking up 49 points in 56 games and 59 points in 70 contests the season prior.

Unfortunately, the flat cap may have already dictated Strome’s fate.

Rangers and Ryan Strome have no plans to talk contract

With the ceiling stuck at $81.5 Million the last two seasons, and only expected to increase to $82.5 Million next season, there’s no room to give Strome the raise he deserves.

Today, Mollie Walker of the NY Post provided an update and verification of what was learned in early October.

There haven’t been any contract discussions between Strome’s camp and the Rangers to date, and, at the moment, there isn’t a plan to have any, The Post has learned. So Strome may have to treat this season as a showcase for his next prospective NHL team.

The former 5th overall selection in the 2011 NHL Draft will likely be looking for a new deal in the $6.5M to $7.5M range with max term. A significant increase to his current $4.5M deal which expires this summer.

Chris Drury has a big decision at the trade deadline if there’s no intention to re-sign Strome. The decision becomes more difficult if the team is in a playoff spot. Let him walk for nothing in the summer, or get an asset at the deadline?

That may be the only question about Strome’s future that’s left to be answered.

Is Jake DeBrusk a trade target?

Boston Hockey Now’s Jimmy Murphy is speculating that since the Rangers are looking for a “middle six” forward maybe the Bruins’ Jake DeBrusk fits the bill.

After some poking around via texts and calls to various and trusted NHL sources, there was no indication that the Boston Bruins and the Rangers are engaged in any substantial NHL trade talks. However, there was more than one source who said Bruins winger Jake DeBrusk is still a mainstay on the NHL trade rumor circuit amongst NHL scouts and execs.

The 25 year-old only has three goals and four points in 13 games this season. Murphy also indicates that the Bruins are looking for a top 4 defenseman in return.

Poking holes into this speculation, DeBrusk has struggled mightily over the last two seasons, so a top 4 defenseman is unlikely unless it’s in the form of a prospect.

As for the Rangers, DeBrusk is another left-handed shot that plays the LW, and will be an RFA next summer. He currently makes $3.6M against the cap, and he isn’t worth it at this time.

While DeBrusk is very likely available, I don’t think the Rangers have any interest in him.

It should also be noted that per The Athletic’s Arthur Staple the Rangers are also in the market for a defenseman. On November 13th we noted the Rangers should revisit their interest in Kraken defenseman Mark Giordano.